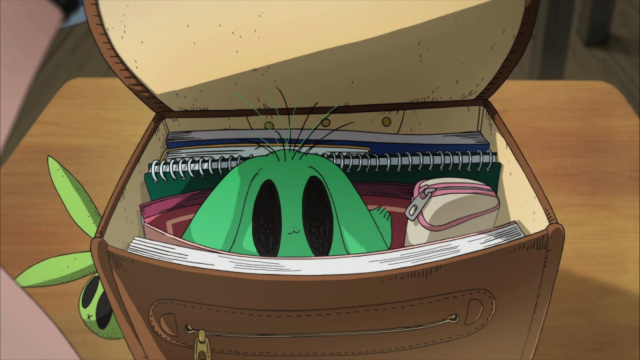 Uexkull,Uexkull! The first time I’ve heard this name in FlipFlappers’ second episode I had an hearty laugh. It’s really too complicated of a word to be spelled by the poor Minami Takahashi, Cocona’s seiyuu. After having noticed more and more efforts from the voice actor to give the proper pronunciation the doubt that there could be a precise reason why the protagonist’s little pet is called this way temporarily takes hold of my mind. A few days later, I do some research on Google and I discover that indeed something was up, it’s not just a simple and funny referencebut, to me, in a certain way one of the worldbuilding’s cultural pillars of FliFla. Something able to influence at the veryleast my vision of some of the show’s narrative choices. But let’s get over thisintroduction and let’sget to the broadcasting of actual information.

Jakob Johann von Uexküll(1864-1944) was one of the most important biologists and zoologists of the late century, so much that his weight trascended the subject he was a scholar of conditioning even philosophers like Heidegger, Derrida and Deleuze to cite the most known three. To make it short, he is remembered mostly for having introduced into animals’ studies the concept of environment in relationship with the single animal species, in German Umwelt. Before him, zoologists defined environment like a shared world tha tincluded all the living species hierarchically organized, from the mos tbasic forms to greater organisms. He instead affirmed that one couldn’t speak of a single environment but of single senso-perceptive ambients, little worlds, structured on different space and time layers, own of every single living species, all of them interconnected by cause-effect relationships but every one of them mutually exclusive. His most famous example shows us the tick’s world, that I will explain briefly. This little animal reacts to only three stimuluses: when the pregnant female positions itself on a branch and waits for an animal’s passage, first anolfactory stimulus, the butyric acid emitted by the mammals’ sebaceousfollicles, tellsher to drop off; thanks to an organ sensible to temperature it understand if it got on an animal’s back; if it got lucky, with itstact it positions itself on naked skin and plunges its head inside to suck the warm blood. Once satisfied, it drops off, lays down its eggs and dies.
Even if limited compared to ours, this is a world by itself. Like the various Pure Illusion’s manifestations: we are always looking at little worlds, with their rules, their particular traits certainly linked to facts and elements of the “real” world but in wich is possible the entrance only by “hacking” reality itself, FliFla’s skill, but not of the misterious evil organization. Like we’re been told from Salt and Hidaka in the seventh episode, Pure Illusion’s dimensions should all be linked to each other, show different depth layers and be extremely tied to the personal perception of a relationship between different subjects. Furthermore Hidaka* tells us that these worlds don’t belong exclusively to the man, but also to every kind of living species and that we’re talkinga bout “ideal” worlds, on another contextual plane. If you stop and think about it, this is also how the series was composed until the final arc: episodes tied to each other, but it’s possible to notice in these cases, even episode by episode, that the previous ones influence the following ones without creating a strong serialization, in wich tones and stylistic reference sare indipendent and completely different from each other.

Getting back to Uexkull, he then debates how for all animals it’s not possible dealing with an object like it is with only one of its infinite bearers of meaning, depending on the Umwelt we’re in. Because of this forced subjectivity in the different worlds of Pure Illusion we find ourselves pretty often perplexed and looking for a more convincing explanation coming from the characters’ mouths. Between them and us there is the screen-wall: while their world’s perception changes entering the Pure Illusion, ours doesn’t at all. If you’ve noticed, with the passinge pisodes, Cocona, the most frightened and wavering of the two of going inside the worlds, ends up looking at bizzare or just extremely far from her reality situations more and more ordinary and less dubious. In episode 7 she even acts alone, despite under going the particular characteristics of that Pure Illusion, even systematically and rationally. This, even if we can get used to the idea of the explanations’ quality being always the same, i tcan’t happen in the viewer’s brain since he interacts with the Pure Illusion with only two senses and behind a screen. Staying on the subject of disorientation, Uexkull often put in his most didactic works dual illustrations representing the same view seen from a human being and the particular animal taken into examination. That being said, there’s a parallelism between what we’ve talked about and these drawings: we’re in front of perceptive rifts that won’t let us comprehend the nature of the objects we’re observing, something that perhaps in the last episodes has been highlighted even more with the optical illusions. What sense does it make or even better, is there really a sense behind these so much pronounced references? I believe that all of the undertexts are perfectly in harmonyin a story where the unstable development of one of the girls’ sexuality brings her to perceive the world and her relationships with the others always differently, always blundering. Last but not least the title translated directly into English of one of his mostimportant work sis“A Stroll into the Worlds of Animals and Humans, with A Theory of Meaning”,undertitle able to perfectly recall the atmosphere that we feel looking at the animations during the ending theme. 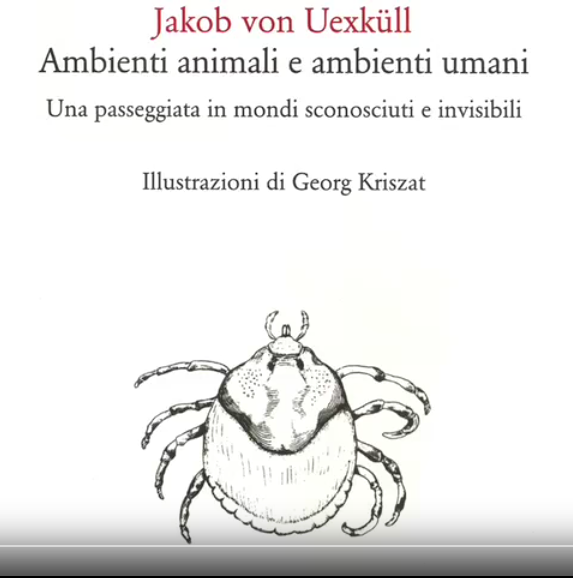 *One interesting thing is that the real Hidaka was actually a big fan of  Uexküll.

If there are other references you’ve spotted, both thanks to the works of this scholar and to other aspects we can discuss them right below in the comments section or you can send me a private message.

If you’ve come this far you were not good and patient but really good and patient, after all this was an anime related article but filled with complex concepts and applied in a completely abstract way! I bid you farewell and I ask you to share this piece to your friends that love FliFla and maybe would appreciate to know more about this Anime.

Big thanks to Emanuele Petrosino for the punctual and precise translation.