Interview with Lzyboost: from Finland to China between Sakuga and Smears

Up to now on Far from Animation we interviewed animators and important personalities of the world of Japanese animation whose names come down to us thanks to their talent and commitment, but I leaved aside all those animators who, from all over the world, are reaching interesting results also thanks to the influence of anime. It is precisely the case of Lzyboost, who from Finland has found work as key animator for the Chinese web series To Be Heroine thanks to a style characterized by an exaggerated timing strongly inspired by animators such as Hiroyuki Imaishi and Shingo Yamashita. In this interview Lzy will talk about his background and the stylistic path that is leading him to experiment all the possible uses of smears and impact frames.

Lzy is the living demonstration of how there are expanding markets, like the Chinese one, interested in animations with a strongly Japanese style, also ready to take on beginners’ animators but rich in inventiveness and sparkling ideas.

FAR First, I would like to talk a little about the relationship between your country and you, in other words what role did Finland played in your discovery of animation? And what role did the internet had? How you were and how old are you now?

Lzy As a kid I was very drawn on to the anime shows (at the time I didn’t know what it was) that came from TV and planted the seed for later, so my country played small, but important role. But overall, I’d say internet was the biggest one that actually got me to try out animation, especially when I found out what “sakuga” is. It showed me the possibilites of animation. I really have to thank “Sakuga: The Animation of Anime” panel. It gave me names to search, which later led me to sakugabooru haha. This was around 2012-2014. As for my age, I’d like to keep it as a secret for now.

FAR Let’s get to know a little more about the technical aspects: did you study animation or drawing in general in some specific school, through online courses or are you completely self-taught?

Lzy I’ve always liked to draw, so I went to artschool to get better at it, this was around 2012. After I got in, I was very excited to hear there was going to be short animation course. I had tried animation couple of times before, but it was very unfocused. At the end of this “crash course” we were assigned to make short animation, free to choose the medium and theme. I choose to make “some cool 2D action style animation” since I liked anime action scenes. During the planning stages and when I was looking for inspirations from anime, I found out the word “sakuga” and the panel which talked about it. I didn’t get good grade, but my teacher still liked what I did and gave encouragement to continue with animation, which was huge thing for me. It was still couple of years until I got really serious about it. This happened early 2017 when I posted my fan animation of Game Grumps. Around this time #animonthly was also created which was super important: It helped me to push myself to get better every month and most importantly, got me a lot of friends!

Thank you all for 1000 followers! And to celebrate that, I did my first animation reel using animations I did last year 👍 Also #animonthly : many have not seen the first one ^^#ZettaiAbsolute pic.twitter.com/9ZM87Kzu9a

FAR Your animations have a really exuberant timing, which often has very little to do with reality. Can you explain the reason for this choice?

Lzy I enjoy experimenting and if I feel I should keep something that might not be realistic, but works and adds to the animation, I usually keep it. I also preview my animation many times to see if things looks right and just the way I want.

FAR Another interesting aspect of your animations is the use of smears, which are traditionally used to represent particularly rapid movements that escape the eye but that in your case they seem to obtain on a new “added” value. Can you explain your smears philosophy? Do you only follow the rule of cool?

Lzy I use smears to push things further and I think it gives animation more intersting look. There are many animators who have used them very creatively and I’d like to see if there is more you can do with them. And of course those are also very fun to do haha.

FAR Let’s take a little break from the serious stuff: who is your current favorite gengaman and why? Is there any animator whose style you just can’t stand? There are couple I have to mention. There are many animators I really like, but Hisashi Mori is one who almost always comes first to mind. I like his effect work and how he likes to put movement very close to the camera. Second one might be Shingo Yamashita and especially animation he did for Naruto Shippuden episode 167. It was so raw, I can’t really describe it. And lastly but certainly not least, Hiroyuki Imaishi. His extreme poses, snappy animation, I don’t think have to say more why I like his animation haha.

Lzy Do you think you want to deal with character animation, the so-called acting, in a more realistic way in the future?

FAR I’ve thought about it. Even if I’m more towards expressive and extreme animation, I would like to be able to animate realisticly and more subtly. It’s never bad to have more tools to use.

Loved being part of #ToBeHeroine, I’m little late, but here are cuts I did for the last episode, starting from the one which might be my favorite 👊 pic.twitter.com/Ck4EkCHMir

FAR Is there a sakuga trope that you would like to reinvent in the future?

Lzy Maybe the “Wakame shadows“, I really like the look of them. 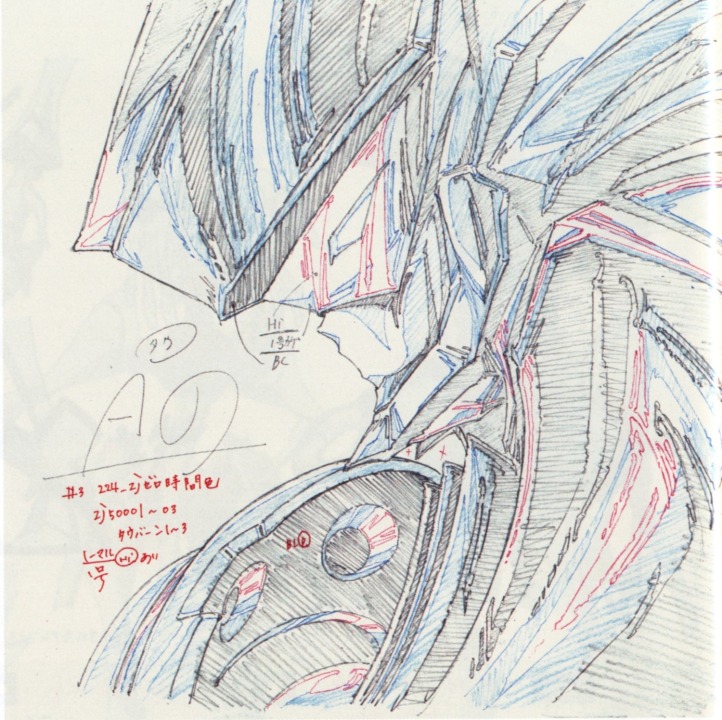 FAR Are you interested in becoming an animation supervisor?

Lzy I hear it’s very stressful, still, if I’m given that chance, absolutely! Though I’m still far from what is required to be on that position, give me couple of years haha.

FAR To greet us, tell us something about your plans and future ambitions!

Lzy Hello everyone and thanks for having me! Professional world have shown me what I lack so now I’m on a process of getting better in those areas!